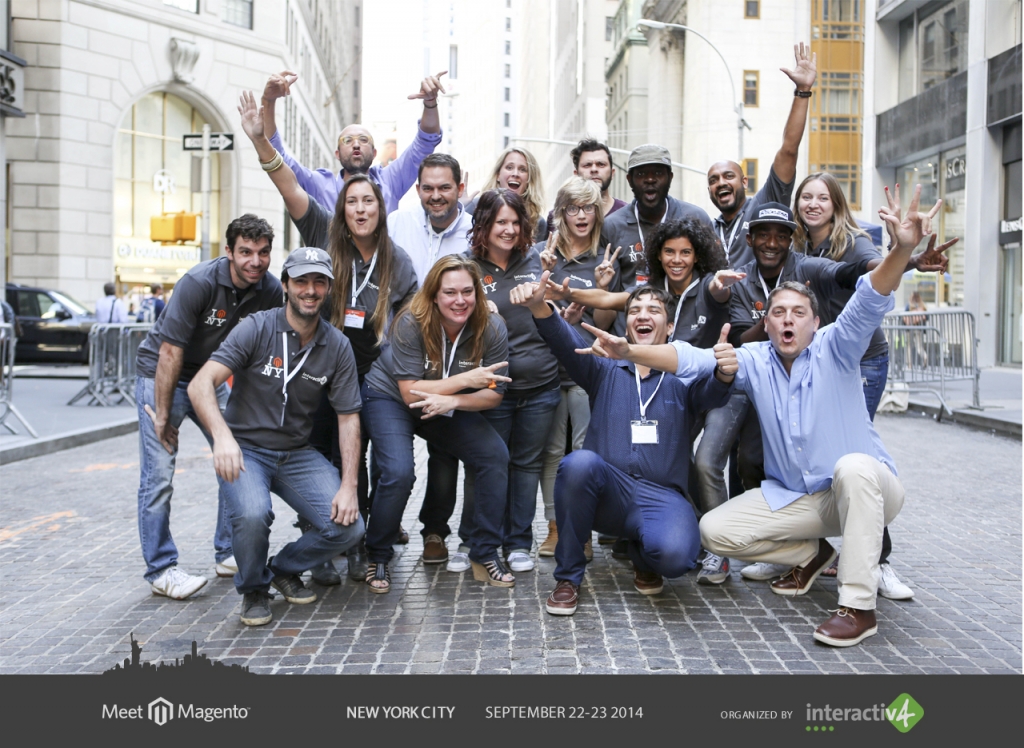 A fantastic location: New York City.
The most powerful open source platform of the market: Magento.
Excellent and very experienced speakers.
Great professionals willing to learn, share their points of view and knowledge, networking and have fun.
Everything pointed to Meet Magento NY would be a success.
There were many changes in little time for interactiv4: opening a new office in New York, integrating companies and personnel, adapting to a new way of working… We were now an international company and we were starting a new challenge: Organize an event in the Big Apple.
The beginning it wasn’t easy because New Yorkers didn’t know us, but the event had a really warm welcome. Very soon people got interested to know what was this “Meet Magento NY event”, which everybody in the ecosystem starting to talk about. More and more companies of the industry wanted to sponsor and participate by giving a speech.
Everything started on 21th September, one day before the event, with the Hackathon, where more than 25 developers meet in NY Bitcoin Center to contribute altogether different improvements and extensions. A big challenge.

A couple of tweets with the Word “Beer” and “Party”, and we were ready! Everything was organized, and we had the Pre-event Party with some participants of the event.The first get together was in a relaxing atmosphere full of laughs, beers and networking. It was a perfect warm-up to get a familiar atmosphere the first day of the event.
The event was a success thanks to the support of all those companies, the attendees, our partners and to the hard work of interactiv4 team. During two days (22nd and 23rd of September), Meet Magento NY became Magento’s agencies, suppliers, developers and merchants meeting point.
The next day the official program started. And we can definitely state that the event was a success.
Over 250 professionals of the industry attended the event to listen the lastest Magento and eCommerce tredings from the 34 speakers that were present in the event, highlighting:

And much more.
And to the fantastic keynote speakers: Alan Kent (Ebay), Ben Marks (Magento Inc,) and Guido Jansen (Sanoma). 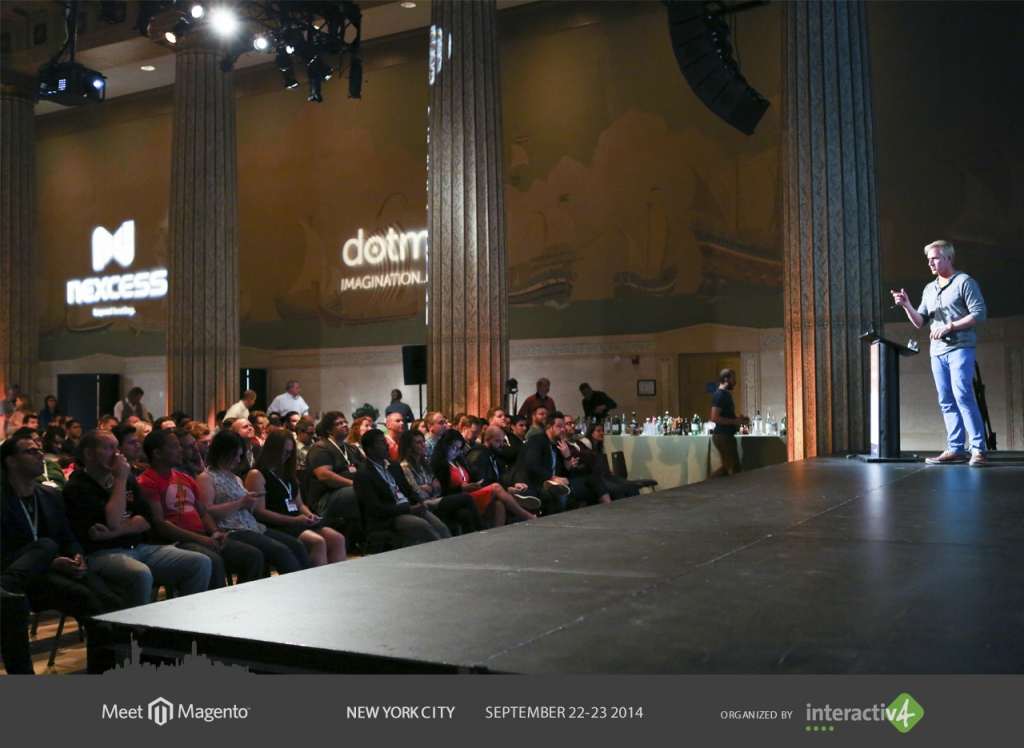 They dealt with a great variety of subjects, from persuasion techniques, online marketing, UX, RWD to Varnish cache, Magento security, Cloud, test in Magento and performance optimization.
Besides the great quality of speakers, the awesome food (that never ends), there were a lot of surprises:

that liven up the party in an fantastic location, in the heart of Manhattan downtown: The Broad Street Ballroom.

It was an event that besides of the excellent contents and professionals, was able to put together all the Magento community members, forgetting the borders, languages and religion.
And next year,… more.

If you want to read something else about Meet Magento NY here you have another reviews:
Alan Kent
Inchoo
Aheadworks
Integer-net