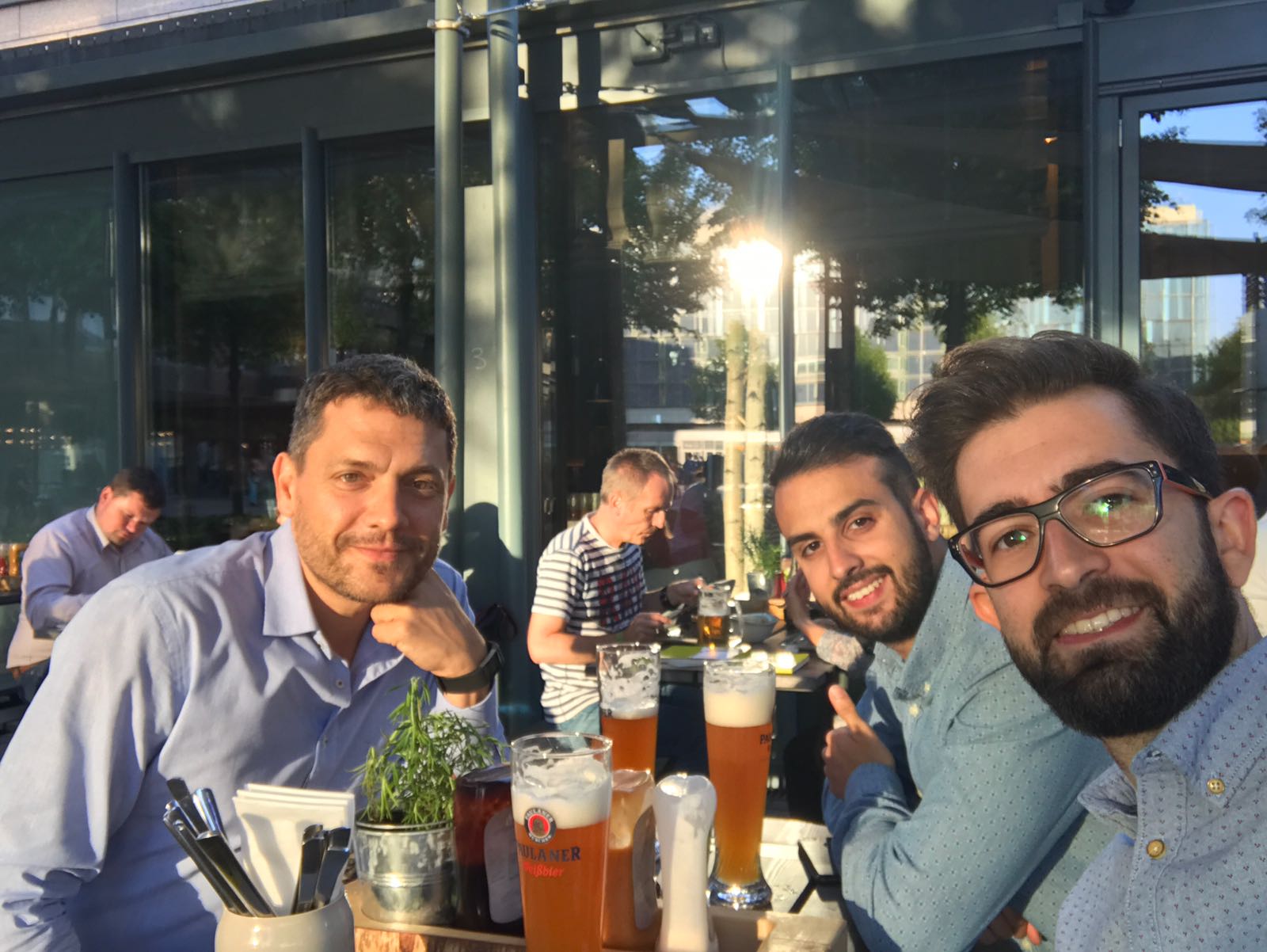 Meet Magento Deutschland 2017 took place last May 22 and 23, an event that I was pleased to be able to attend together with Carlos Aguilar, Content Manager and Ignacio Riesco, CEO of Interactiv4. After a few days reviewing the notes of the event I tell you a brief summary of what happened in Leipzig and my impressions. After meeting at the airport, taking the plane and 4 hours of travel (delay included) we arrived in the German capital where it was spring time. Great weather to enjoy the German motorways for 250 kilometers, as the event was held in Leipzig. Everything a luxury (and the cars too) 🙂

The event was held at the Pentahotel Leipzig, a pleasant hotel with conference rooms, but it had no areas for exhibitors so the corridors were quite crowded between people, stands and the catering area for coffee breaks. After receiving the accreditations we settled in the main room to hear the opening talk of the hand of Thomas Goletz. In his talk he talked about the screening of Meet Magento in the world, the symbiosis with Magento and the upcoming events that will take place around the world. At this point I realized two things: Almost all the talks will be in German and Magento 2 is said Magento zwei.

After opening Paul Boisvert, VP of Product Management detailed the Magento 2 roadmap for the coming months. The most important information of the talk was the launch of magento 2.2: last quarter of the year, and will bring a lot of performance improvements and fixes. As there were no talks in English until after lunch I arranged to take a walk through the center of the city. Nice town with a very picturesque historic center. On the way back, I was able to enjoy the talk of David Lambauer, in which he detailed the steps to follow to create a module correctly in Magento 2.
Very useful tips for those of us frontenders but we get our hands on all the sites. To finish the day of talks (in English) touched the turn of Sandro Wagner, the unique talk in English speaking of frontend by what was very interested. In his talk he used the metaphor of the movie The Good, the Ugly and the Bad to show the things that in his opinion Magento had to improve at the frontend level. A very interesting point of view for a talk that was 100% agreeable, but I expected something a bit more technical.

The day ended with the celebration of the event held in Moritzbastei, a very nice disco-underground room in which we could enjoy a delicious buffet and great variety of beers. After a few dances, singing “Despacito” and losing the count of the beers, we thought it best to rest. The next day he played a day full of talks in English.

The day began as usually begin the days in which you end up taking a couple of more beers: with a Bavarian hangover. In any case the desire to see the technical talks were quite large, since today there was always at least one English talk in a room. Following the delivery of the 2017 Meet Magento Awards in which the big prize went to Original Bootcamp as the best online store, Mark Lavelle (CEO of Magento Commerce) opened the morning of talks on the main stage detailing the future challenges of the platform and its Current presence. A dominance of the platform in which the omnicanality will be the base of any commerce with online presence.
After making a small break in the middle of the morning started the main dish for developers: The most technical talks. Fabian Schmengler of integer_net made a retrospective of his career as a computer scientist through his work and interest in code testing.
Throughout the talk he indicated several tips to start with the TDD in Magento and in Magento 2, which was very useful. Then Fabrizio Branca, from AOE explained in his talk how to super-scale an e-commerce using Magento. From my point of view it was the most complete and detailed talk of the entire event. A show. As a counterpart (or not) in its solution to scale an e-commerce is that the scope of use of Magento throughout the system is the calculation of prices, cart management, checkout and little else. Then it was Anna Völkl’s turn. In his talk he gave tips to improve the security of your store with Magento. In it he mixed both basic tips to keep the store in order (which is always well remember) as other more specific and technical. To finish it put us duties to become little by little security experts. The challenge is not bad.
My colleague Carlos Aguilar, wants to also put his bit of sand. And he tells me this about what he lived on the talk he attended. The event also had moments for less technical talks and more focused on content. He emphasized the talk of Sonja Riesterer, Marketing Manager in Integer_net, on Content Commerce. In it, he gave us a series of guidelines to improve the marketing of content of our eCommerce, not only with the objective of improving the SEO for Google, but also with giving the user unique and exclusive information about the products that we are selling. It was certainly a pleasant and useful chat, especially for the more specialized content profiles for eCommerce. 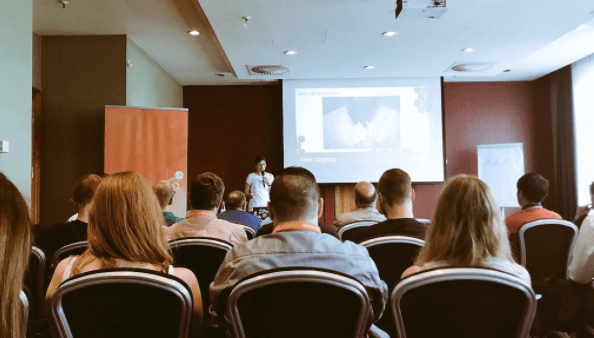 To end the day of talks (and the event for us) I had a great dichotomy. At the same time the talks of David Manners and Vinai Kopp. I know that I was not the only one with the same dichotomy so the organization should take it into account for upcoming events. In my case I decided on David, where he talked about how to interact with Magento 2 using an API. A very interesting talk in which, like Fabrizio showed that getting some logic from Magento could be very useful. We only had to go back to Berlin to take a short walk in the center and take the plane back. It has been a great event in which once again it has been seen that what makes the platform great is its community.
In conclusion, I think that the effort to bring together so many great developers in an event has had to be incredible, although there has not been much in-depth content. See you at upcoming events!

In this post:
Top categories:
Latest posts:
Want to leave a comment?
Previous
How to get involved in Magento Community?
Next
New office of interactiv4 Spain. Come and meet us
Deliver ecommerce insights to my email inbox