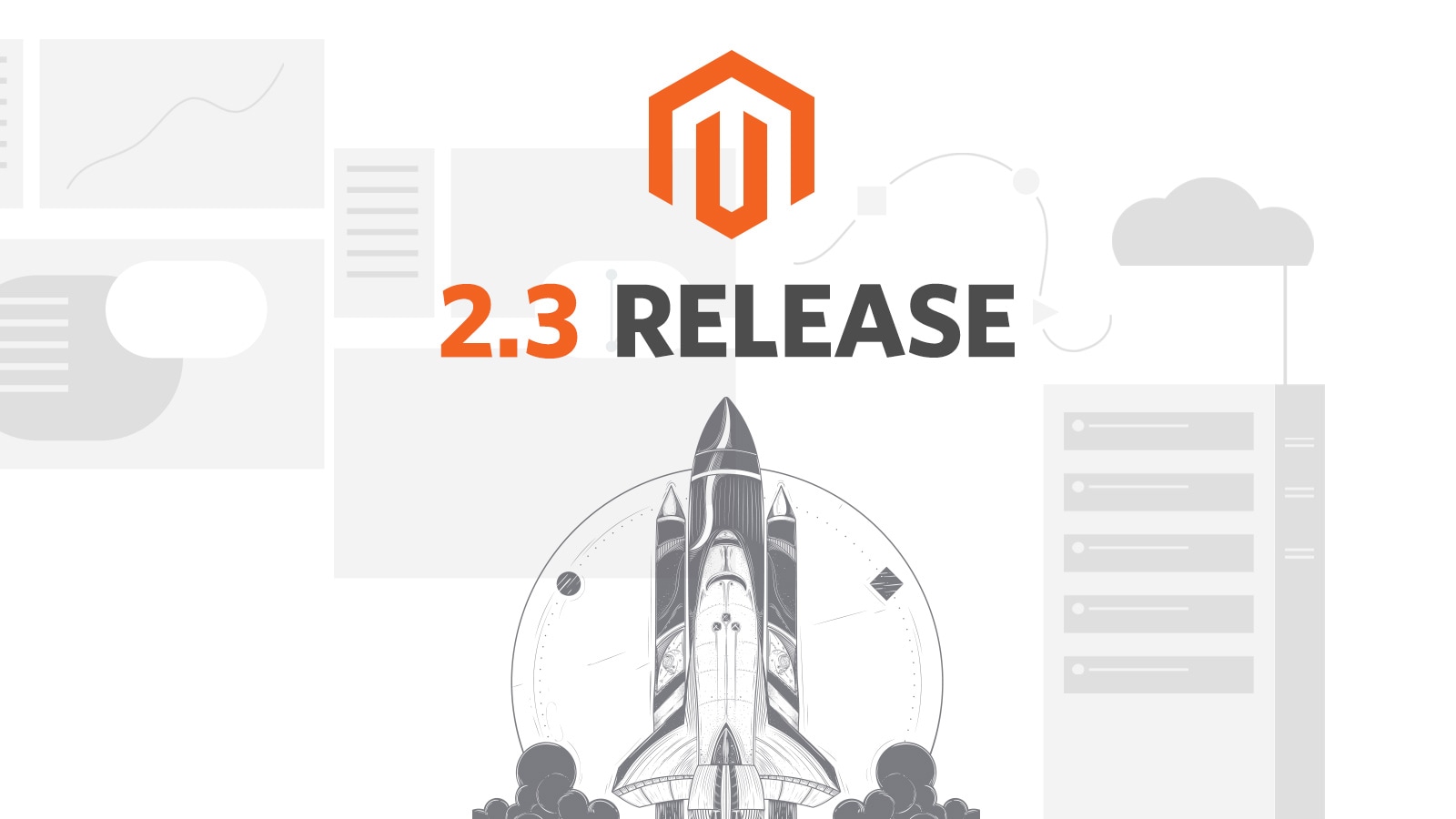 A few hours ago Magento released the long-awaited version 2.3 of its platform, a version full of new features and corrections that surely take eCommerce to the highest level.
These are some of the new features we have available in this version:

As announced in the Magento Imagine 2018, this version of Magento provides all the tools (PWA Studio) to develop, deploy and maintain a progressive web app, being able to create shopping experiences without competition, in addition to incorporating GraphQL it will be much easier to develop PWA.
Click here for more info

The GraphQL API language is introduced as one of the great improvements of Magento 2.3.
GraphQL for those who do not know is an open source data manipulation and query language developed by Facebook.
It is introduced in Magento 2.3 as an alternative to REST and SOAP.
GraphQL gives us the possibility to define what data we want to receive, making requests much less heavy, this is a very positive advantage over REST and SOAP.
Usando GraphQL permitirá a Magento PWA hacer llamadas a la API de Magento filtradas minificando los tiempos de carga en dispositivos con conexión lenta.
Benefits of GraphQL in Magento:
• Optimized queries to accelerate calls from the frontend.
• Independent development of the backend and frontend.
If you want to read more about GraphQL and the benefits it has in Magento, you can read this post written by Alan Kent

From this version all merchants that use Magento Open Source can connect their eCommerce to an ElasticSearch using all its power, indexing, search results, filters, etc …

Magento 2.3 is no longer compatible with PHP 7.0 but it enables the possibility of using PHP 7.2. This change is a great advantage since we will have much more security (mcrypt is finally deprecated and failing that libsodium is used for encryption), better performance that we will notice in stores with a lot of traffic and lots of catalog, and developers will have access to all the new functionalities of PHP 7.2.

From the first versions of Magento 1.X the merchants, especially in B2B came asking for this functionality, over the years they have been making custom-made developments to have such functionality, but now, Magento has released its own feature-rich extension.
From this moment, we can define warehouses in our Magento and manage the stock of the products by warehouse in a single website.

A new improvement is introduced that will allow us to define our schemas in the database through XML files within our modules (db_schema.xml) this will allow us to rollbacks of the database and will facilitate deployments in Magento 2. (Something very chaotic from version 2.0 to date).
It should be noted that it will be much easier to identify how the scheme will finally be.

Example of the Magento_Catalog module:
We can also launch our own patches, such as the installation of data in some database table, these patches will be registered in the patch_list table so that Magento remembers which patches it already has installed.

By incorporating the Message Queue all requests we make via the API to Magento will be processed asynchronously. Currently, when we make a request to Magento, it processes them at the moment affecting the performance of the store.
From now on we can make massive requests to the API (eg update the store catalog) and they will be processed asynchronously, so neither the client (who makes the request) nor the server (who processes the request) should stay at waiting for an answer
This will significantly improve the integration between Magento and ERP or CRM, since as a general rule it is necessary to execute massive data updates.

WYSIWYG has been updated to its version 4 (TinyMCE) allowing to insert widgets, global variables or per store as plugins.

The pagebuilder is only available in the Commerce version of Magento, and allows administrators to create HTML content without the need to write code, just by dragging elements.
This functionality is linked to the purchase of Bluefoot CMS by Magento from a few years ago and has finally been released in a stable version of Magento.
This will help merchants a lot, because as has happened in many projects a merchant broke a static page, even the home editing the HTML of it from the backoffice.

Magento 2.3 incorporates Google’s reCAPTCHA as a free service, which we can configure in the following forms:
• Login
• Registry
• Contact
We also have the possibility to extend the extension to use it in custom forms. (through development)
This improvement is very positive because in some of our projects we had some problems with the reCAPTCHA that came by default in Magento.

Personal opinion on the new version

It is still early to give a real opinion of the new version, but with all the corrections and new functionalities that have been released, everything points to a revolution in the eCommerce world.
As a developer, I can say that all the new functionalities (Declarative DB Schema in XML, PWA, asynchronous APIs, etc …) will facilitate us every day in each of the developments where we are submerged.

We are proud to work in Interactiv4 and be able to participate and be part of the Magento project.
I want to thank all my colleagues who have contributed their bit in this new version of Magento:
• Adrián Martinez. (14 PR)
• Oscar Recio. (10 PR)
• Raúl Mateos. (5 PR)
• Enrique Guadalupe. (2 PR)
• Manu González. (1 PR)
• Cristian Sanclemente. (1 PR)
Also thank to the Interactiv4 team for the great work that he does every day in all the projects and in the Magento community.

Cristian Sanclemente is a Backend Architect at Interactiv4, certified in Magento and Shopware. Curious by nature, passionate about clean code, video games and skiing.

In this post:
Top categories:
Latest posts:
Want to leave a comment?
Previous
Meet Magento Croatia with our friends from Inchoo
Next
Magento Partners Contribution Rewards 2018
Deliver ecommerce insights to my email inbox