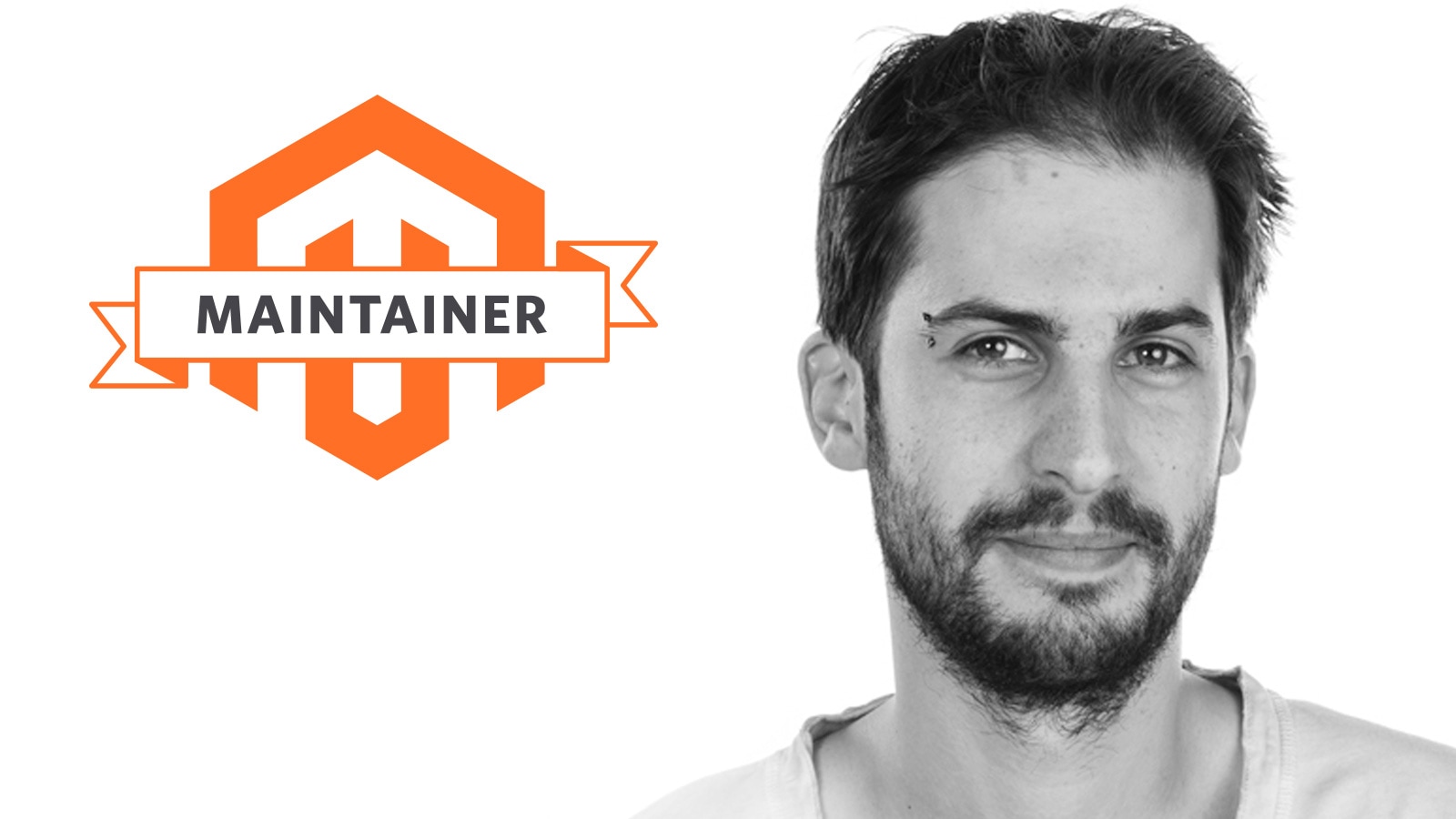 A few weeks ago, our colleague Óscar Recio was awarded the title of Magento Master for his work in the community during 2017.

After this appointment, Magento published the list of the 50 Top Contributors in the community and we are very proud to see the name of another of our colleagues, Adrián, as first on this list.

It’s incredible really. Halfway through last year, I wouldn’t have thought it possible. The first thing I would like to say is that it is an honor to appear on the list. It’s always nice to be recognized for collaborating with the community.

When you are focused on trying to help the community as much as possible, fixing defects or adding new features that can be used by other users, the goal is not to appear on these lists or to obtain public recognition; you do it simply in order to collaborate and allow other users to benefit from your work, just as we benefit from the generous collaborations of other users.

I think Squashtoberfest was a great initiative. It posed the challenge of proposing new arrangements and improvements for the platform within a time limit. I think that contributed to the initiative having such a good reception and such a high degree of participation.

It managed to spur Magento 2 developers around the world who had not yet actively contributed to the development of Magento 2 into taking their first steps in this collaborative world. It allowed them to discover that not only could they contribute their knowledge and experience, but they could also learn along the way – researching problems they might never have encountered, exploring almost inaccessible areas of Magento, or learning other ways of doing things and other different points of view from other community users.

On a personal level, it meant a before and after. It has allowed me to learn a lot and to be actively involved in the community.

It’s difficult to choose one PR in particular – in a certain way they are all important, as long as they solve a real problem that a user is having. In this sense, I do not feel more proud of a PR that optimizes the Magento code to adapt it to the latest programming standards, than of one that solves a problem, whatever the area. Feeling proud of a PR doesn’t fit with me. But I get a lot of enjoyment out of their difficulty or complexity or other aspects.
For example, I like to remember the first PR that I sent and was accepted, that really only changed one line. But it was very exciting to download the repository again and see my tiny change forming part of the huge platform that is  Magento 2.

Another time, just because of its complexity, I would highlight a PR that tried to refactor the entire system of Magento crons, or one that refactored a series of obsolete calls throughout the system. Or due to its difficulty, a PR that solved a problem that was very difficult to find, reproduce and correct, related to the corruption of the layout cache in combination with FPC.

Yes, I have some that are not yet accepted. Most of those that are not accepted are complex and require a lot of review and acceptance before becoming part of the platform. But there’s none that specifically stands out.

Well, I have to say that this I’m really excited about that. It’s a great honor to be one of the small number of people with this privilege. But apart from being a small group, it’s really great that it’s the Magento team itself that gives you this recognition for a job well done.

They’ve given me the possibility of managing PRs from other users, reviewing and approving them, as well as access to their internal management tools, analysis and tests. That they consider me the right person to fill a role with so much responsibility is a great satisfaction for me.

This question is very broad, and the answer depends on whether we speak at a general level or at a technical level.
At a general level, following on from what I said before, one great advantage that Magento 2 has is that they’ve made it an open ecosystem. With Magento 1, reporting errors to the Magento team itself was complicated. Almost everyone was looking for a solution in forums spread over the Internet, or else a solution was cooked in their own home or office that rarely came out of there. The same problem had almost as many different solutions implemented as Magento 1 users who had encountered it.

There wasn’t as strong a sense of community as strong as there is now. The Magento Team has managed to involve users in the development and evolution of the platform, which benefits everyone, both in terms of learning and experience. And it means the platform evolves rapidly, by coordinating efforts so that all the users who encounter a problem don’t waste their time fixing the same thing.

At a technical level, the advantages are many. I can’t list them all, because I’m sure I forget some, but I can try to highlight a few. To start with, the most basic improvement is that it has a better thought out architecture, speaking at the level of basic directory structure.The adaptation and use of the package and dependency manager (composer) allows the separate evolution and reuse of components.Dependency injection allows you to intercept the code in a cleaner way for customizations.-

Also there are great improvements in the system of data structures, that allow to share the business logic in a simple way, even through API calls. The system of tests is very complete and usable.
The console commands make developer tasks easier. And there are thousands of details of implementation, from improvements of functionalities and integrations, to the adaptation of the system to make use of the best known and most widely accepted design patterns …
These things and many more make Magento 2 a very significant advance over Magento 1. 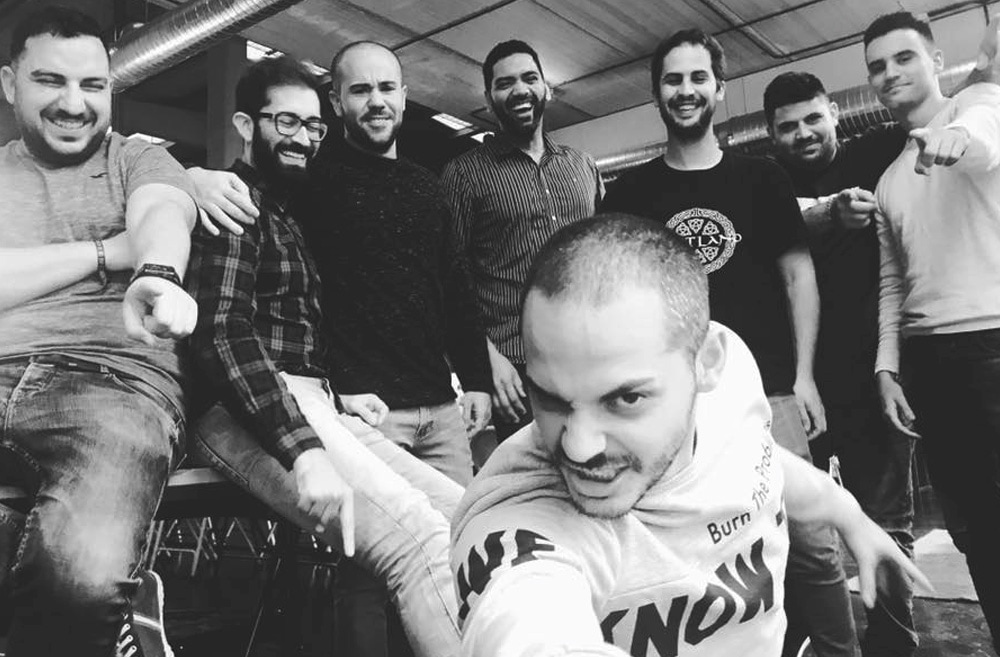 Thank you very much Adri and congratulations! We’re all looking forward to benefiting from your knowledge, generosity and contributions to the team and the community in 2018.